Its been quite a long time since i publish tutorial.i as every one sorry for that as i am the only one to work in this website.so today i come up with a tutorial to update Carbide.ui from 4.0 to 4.1.As you all know carbide is the best and only tool for creating themes for Nokia Symbian mobile offline, some say its tough and some says it’s a monster.But the fact is nothing is so easy in the world each things could be molded as your own choice if learned well.
Here is the steps to update carbide.

Step two:
Install and open carbide.ui 4.0 and wait for few second.you must be online while opening carbide
Step three:
You will see a notification on bottom right as shown in Screenshot below. 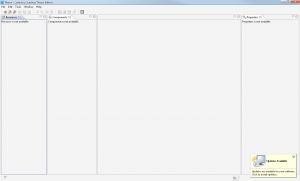 Step four:
Click on the notification and the update process begins as shown in image below. 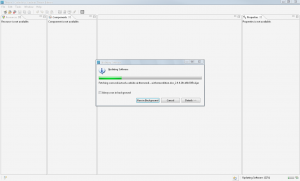 Step five:
As soon as update is over you will be asked to restart carbide.Update takes for few minutes.but its worth waiting because it comes with latest iconpack Symbian Pr2 aka Anna icons.